“On the evening of February 13, 1945, a series of Allied firebombing raids begins against the German city of Dresden, reducing the “Florence of the Elbe” to rubble and flames, and killing as many as 135,000 people. It was the single most destructive bombing of the war—including Hiroshima and Nagasaki—and all the more horrendous because little, if anything, was accomplished strategically, since the Germans were already on the verge of surrender.  During the 75 years that have now passed since the end of the grand history-altering event known as World War II, only a single narrative of the great conflict has been heard. It is a story which the architects of the New World Order have implanted, no, POUNDED into the minds of three subsequent generations. Every medium of mass indoctrination has been harnessed to the task of training the obedient masses as to what the proper view of this event should be. Academia, news media, public education, book publishing, TV documentaries, Hollywood films, clergymen and politicians of every stripe all sing the same song.  Indeed, the “official story” amounts to a manufactured mendacity of such mountainous dimensions that the human mind will have a hard time processing the actual truth of the grand event, no matter how compelling the case may be. Isn’t it time you heard a different tune; at least for your consideration? Haven’t you ever at least been curious as to what “the other side of the World War II story” was? We discuss an epic timeline that will transport you back to the mid 1800’s; and then lead you on an exciting “you are there” journey right up through both World War I and World War II. But do be forewarned. Your worldview may never be the same.”

In the following video my friend, Mel Fabragas, from Veritas Radio, interviews the author M.S. King about his revolutionary new book reveals the secrets behind the FALSE HISTORY of World War II that has been taught in the United States since 1946 by media controlled by the Rothschild banks and Zionist controlled media. The book is available from the following link: http://www.amazon.com/The-Bad-War-Truth-Taught/dp/1507764995 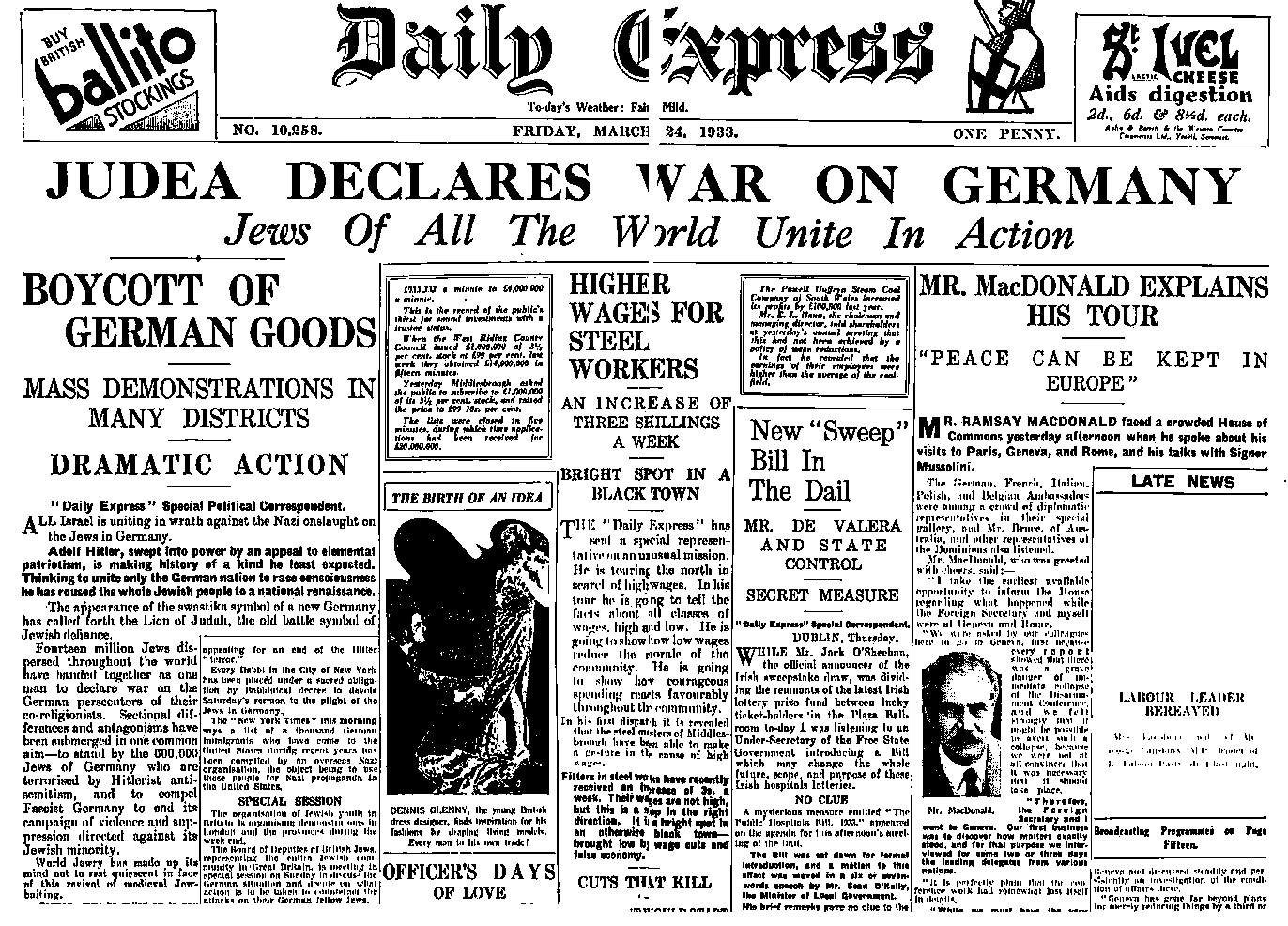 As published in the March 24, 1933 edition of the Daily Express in England in an article entitled “Judea Declares War On Germany”, international jewish leaders announced:   “The Israeli people around the world declare economic and financial war against Germany. Fourteen million Jews stand together as one man, to declare war against Germany.” 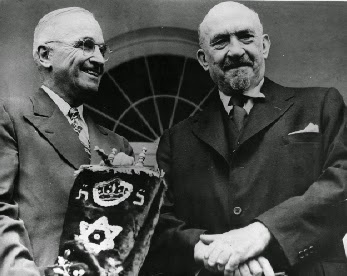 Jewish leaders admit World War Two is the “Jews’ War”, jews are supplying the financial power and propaganda to fuel the war, and jews control western governments and “dragged” the United States into World Wars One and Two

Chaim Weizmann, President of the World Jewish Congress made the following statement in a speech in New York in December 1942:

“We are not denying and are not afraid to confess that this war is our war and that it is waged for the liberation of Jewry… Stronger than all fronts together is our front, that of Jewry. We are not only giving this war our financial support on which the entire war production is based, we are not only providing our full propaganda power which is the moral energy that keeps this war going.” 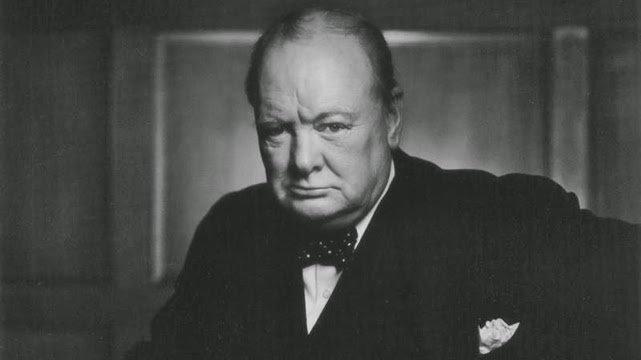 Winston Churchill, Jewish Prime Minister of the U.K., admits that the real reason for the war was to defend the financial interests of the international Jewish banking cabal, which rules the world

“Germany’s unforgivable crime before the second world war was her attempt to extricate her economic power from the world’s trading system and to create her own exchange mechanism which would deny world finance its opportunity to profit.”  – Winston Churchill to Lord Robert Boothby, quoted in the Foreword, 2nd Ed. Sydney Rogerson, ‘Propaganda in the Next War‘ 2001 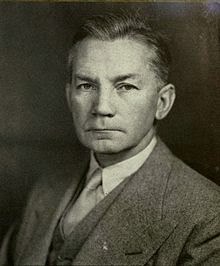 “I asked Joe Kennedy (US ambassador in London) about his talks with Roosevelt and N. Chamberlain in 1938. He said it had been Chamberlain´s belief in 1939 that Great Britain has nothing in its hands to fight and therefore wouldn´t dare to go to war against Hitler…Neither the French nor the English would have made Poland a motive for war if they hadn´t been continuously spurred on by Washington…America and the World-Jewry have driven England to war.”

Forrestal became an opponent of the jewish/Zionist power structure (for example, stating his opposition to  the establishment of the state of “Israel”), and was forced out of his position as U.S. Secretary of Defense in March of 1949.  He reportedly intended to buy a newspaper and write a book exposing secrets surrounding the Roosevelt and Truman administrations, especially the jewish interests that caused World War Two.   Before he could complete these tasks, Forrestal was murdered in May 1949, with his death covered up as a “suicide”.  To this day, kosher “historians” continue to characterize Forrestal and an “anti-Semite” and “nut”.

The “history” of  the Western World has been written from the subjective point of view the forces that cooperated to destroy Germany in World War I and World War II, and the Rothschild bankers that financed them.  Historically, Germany has been the source of prodigious innovations in cultural,

philosophic, engineering and scientific technology as well as military might.  As an citizen of the US, England, France, Russian and other “Allies” you and I have never been taught anything except that “Germany is Evil”.   Every textbook, every Hollywood film, every television show, every newspaper and magazine (all of which are controlled by Zionist Jews) tells us their version of “history” is true.  But, what if this “truth” is a lie, like 9-11?  What if it’s only half-truth?

However, if history is only written from the point of view of the “conqueror”, then only HALF of so-called “history” has been written!  Where are the history textbooks  written about the holocaust committed against hundreds of millions of vanquished and nearly extinct North, Central and South American Indigenous People by Caucasian Invaders from Europe?  What is the real history of the holocaust inflicted upon tens of millions of Africans who were invaded, captured and enslaved by white men?

What can we learn about ourselves and humanity when we discover the “history” or subjective point of view of history told by the people who “succumbed” ?  If who know only HALF of the “history” we don’t the whole truth.

You may be very surprised and enlightened to discover, as I have, that there is a lot of “history” missing from our view of “history”.   I sincerely suggest that you take the time to read, with an open mind, a very excellent article “LIFE IN THE THIRD REICH” written by Friedrich Kurreck.   http://justice4germans.com/third-reich/