Since I received and published the interview transcripts from the late Nurse Matilda MacElroy, which I published in the non-fiction book  Alien Interview,  I have become a great fan of  E. E. “Doc” Smith,  (May 2, 1890 – August 31, 1965) an American science fiction author, best known for the Lensman and Skylark series.  He is sometimes called the father of “space opera“.

After reading these two series of books, and a few others by the same writer, I can understand why Doc Smith was an influence of the iconic writers and film makers such as George Lucas, who reveals in his biography, that the Lensman novels were a major influence on his youth.   And, J. Michael Straczynski, creator of the science fiction television series Babylon 5, also has acknowledged the influence of the Lensman books. Sir Arthur C. Clarke‘s space battle in Earthlight was based on the attack on the Mardonalian fortress in chapter seven of Skylark Three.  Superman-creator Jerry Siegel was impressed, at an early age, with the optimistic vision of the future presented in Skylark of Space.  Ron Howard‘s Imagine Entertainment and Universal Studios are in negotiation with the Smith estate for an 18-month film rights option on the series.

In order to gain a greater understanding of his books, and the amazing science and philosophical points of view revealed by “The Master”, Doc Smith, I thought it would be a good idea to read some of the books that influenced “The Master”.  Read the works of “The Master”, but also read what “The Master” has read.

In his 1947 essay “The Epic of Space”, E.E. “Doc” Smith listed (by last name only) authors he enjoyed reading:

John W. Campbell, L. Sprague de Camp, Robert A. Heinlein, Murray Leinster, H. P. Lovecraft, A. Merritt (specifically The Ship of Ishtar, The Moon Pool, The Snake Mother, and Dwellers in the Mirage, as well as the character John Kenton), C.L. Moore (specifically Jirel of Joiry), Roman Frederick Starzl, John Taine, A.E. van Vogt, Stanley G. Weinbaum (specifically Tweerl), and Jack Williamson. In a passage on his preparation for writing the Lensman novels, he notes that Clinton Constantinescu’s “War of the Universe” was not a masterpiece, but says that Starzl and Williamson were masters; this suggests that Starzl’s Interplanetary Flying Patrol may have been an influence on Smith’s Triplanetary Patrol, later the Galactic Patrol.  The feeding of the Overlords of Delgon upon the life-force of their victims at the end of chapter five of Galactic Patrol seems a clear allusion to chapter twenty-nine of The Moon Pool; Merritt’s account of the Taithu and the power of love in chapters twenty-nine and thirty-four also bear some resemblance to the end of Children of the Lens. Smith also mentions Edgar Rice Burroughs, complaining about loose ends at the end of one of his novels.

Smith’s daughter, Verna, lists the following authors as visitors to the Smith household in her youth: Lloyd Arthur Eshbach, Robert Heinlein, Dave Kyle, Bob Tucker, Williamson, Frederik Pohl, Merritt, and the Galactic Roamers. Smith cites Bigelow’s Theoretical Chemistry–Fundamentals as a justification for the possibility of the inertialess drive. There is also an extended reference to Rudyard Kipling‘s “Ballad of Boh Da Thone” in Gray Lensman (chapter 22, “Regeneration,” in a conversation between Kinnison and MacDougall).

They Live is a 1988 American science fiction-horror film directed by John Carpenter.  The film follows a nameless drifter referred to as “Nada”, who discovers the ruling class within the moneyed elite are in fact aliens managing human social affairs through the use of a signal on top of the TV broadcast, concealing their appearance and subliminal messages in mass media.   This is a clip from the famous “sunglasses” scene: “I have come here to chew bubble gum and kick ass.  And, I’m all out of bubble bum….”

The idea for They Live came from two sources: a short story called “Eight O’Clock in the Morning” by Ray Nelson, originally published in The Magazine of Fantasy and Science Fiction in the 1960s, involving an alien invasion in the tradition of Invasion of the Body Snatchers, and a story called “Nada” from the Alien Encounters comic book.  John Carpenter describes Nelson’s story as “…a D.O.A. type of story, in which a man is put in a trance by a stage hypnotist. When he awakens, he realizes that the entire human race has been hypnotized, and that alien creatures are controlling humanity. He has only until eight o’clock in the morning to solve the problem.

The more political elements of the film are derived from Carpenter’s growing distaste with the ever-increasing commercialization of 1980s popular culture and politics. He remarked, “I began watching TV again. I quickly realized that everything we see is designed to sell us something… It’s all about wanting us to buy something. The only thing they want to do is take our money.” To this end, Carpenter thought of sunglasses as being the tool to seeing the truth, which “is seen in black and white. It’s as if the aliens have colorized us. That means, of course, that Ted Turner is really a monster from outer space.” (Turner had received some bad press in the 1980s for colorizing classic black-and-white movies.) The director commented on the alien threat in an interview, “They want to own all our businesses. A Universal executive asked me, ‘Where’s the threat in that? We all sell out every day.’ I ended up using that line in the film.” The aliens were deliberately made to look like ghouls according to Carpenter, who said: “The creatures are corrupting us, so they, themselves, are corruptions of human beings.”

Because the screenplay was the product of so many sources: a short story, a comic book, and input from cast and crew, Carpenter decided to use the pseudonym “Frank Armitage,” an allusion to one of the filmmaker’s favorite writers, H. P. Lovecraft (Frank Armitage is a character in Lovecraft’s The Dunwich Horror). Carpenter has always felt a close kinship with Lovecraft’s worldview and according to the director, “Lovecraft wrote about the hidden world, the “world underneath.” His stories were about gods who are repressed, who were once on Earth and are now coming back. The world underneath has a great deal to do with They Live.” — (Wikipedia.org)

“Science fiction” is NOT “science”, but it is DEFINITELY fiction.  The problem has become that people BELIEVE what they see on film, and internet in the form of “electronic media”.  Visual effects technology has become so advanced that “virtual reality” has become “reality”.

“Belief” is the foundation of mind-control. It has always been basis of power for religions.  There have literally been THOUSANDS of “gods” and religions in written history of Earth.  Modern “Science Fiction Cult-ure” has become a new “religion”.  It is often referred to as the “new age” culture or consciousness.  Please remember that every “religion” is created by people, just like you and me.

A enormous library of books, films, videos, TV shows, etc. about extraterrestrials, time travel, black holes, and a vast array of “theoretical history” have become “mainstream media” mania since the 1960s with the introduction of Star Trek on national TV.  Since then, a vast “UFO CULT-ure” has been created by film, television and and Youtube.  The phenomena is literally “mind-boggling”.

I suggest that we not lose touch with “real reality” and allow ourselves to become overwhelmed with “virtual reality”.  Take a walk outside, go to a forest, or to the beach… make direct physical and visual contract with solid objects in nature.  Let’s get REAL about reality. Don’t get sucked in to the “religion” of Science Fiction.

“Reality is incredibly larger, infinitely more exciting, than the flesh and blood vehicle we travel in here. If you read science fiction, the more you read it the more you realize that you and the universe are part of the same thing. Science knows still practically nothing about the real nature of matter, energy, dimension, or time; and even less about those remarkable things called life and thought. But whatever the meaning and purpose of this universe, you are a legitimate part of it. And since you are part of the all that is, part of its purpose, there is more to you than just this brief speck of existence. You are just a visitor here in this time and this place, a traveler through it.” 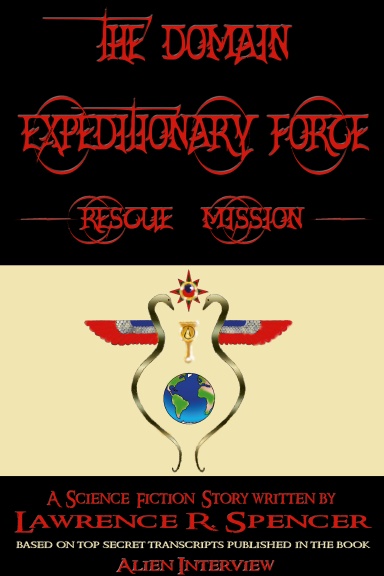