HOW MANY SPECIES OF MUNCHKINS ARE IN THE LAND OF OZ?

“We represent the Lullaby League …”–The Munchkins

On this planet, there are five major kingdoms of life forms categorized as follows:

The number of different forms of life–the tremendous variety of life on this planet–is virtually beyond comprehension. Think of how many different kinds of birds you’ve seen. Take a wild guess as to how many species of fish swim in the waters of the world. How many mammals or reptiles might there be, not to mention plants and insects?

Biologists are still trying to count the number of different life organisms on the planet. Consider the probability that an estimated TWO BILLION SPECIES have lived on Earth, of which as many as 99.9 percent are now EXTINCT! So, there probably aren’t that many left, right?

That’s just life in the macrocosm of Earth; i.e., just those life forms that we can see easily with the naked eye. How does this apply to the microcosm of relatively invisible animals?

There are 4,000 known species of bacteria. On the average human body, about 600 million bacteria live on the skin. The skin under your arms carries close to 500,000 bacteria and your forearm is a thriving metropolis that is home to over 12,000 bacteria per square inch! The bacteria population INSIDE your body is too numerous to count.

Then there are all the species of protozoa, algae, fungi and bacteria that eat carbon dioxide and hydrogen and produce methane as a byproduct.

In addition to the vast number of species, consider the fact that each individual cell in any complex organism is, in fact, a separate, distinct life entity. There are about 75 trillion cells in the average human body. The size of a single cell varies from the thickness of a few thousand atoms, to the largest single cell (an ostrich egg), measuring about 20 inches in diameter.

The sheer volume and diversity of life forms would seem to defy the probability of any coincidental, circumstantial, accidental or spontaneous development of the unthinkably vast, complex, intricately coordinated, precisely structured, cooperatively balanced, and yet, ingeniously bizarre, incongruously grotesque and downright peculiar variety of life on Earth. (Remember, we aren’t even counting the 99 percent of life forms that USED to live on the planet, which are now extinct!)

In the 150 years since Darwin and others have re-proposed the Theory of Evolution, no one has ever demonstrated it to be true. Not a single one of any of this immense number of species have ever successfully interbred and created a fertile reproductive combination of two different species.

The point is this: Darwin’s theory does not provide us with a workable solution. The missing pieces of the puzzle are still missing, namely: where did man and the other life forms on this planet come from?”

— Excerpted from the book, THE OZ FACTORS, by Lawrence R. Spencer 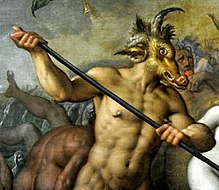